So, going a little different today.  And next week, also have a little something different for everybody (possibly).

A couple of weeks ago I found a book, Cuckoo Calling by Robert Gailbraith. It was a mystery, with a main character private investigator and his temporary Girl Friday. I loved, loved, loved it. One of the best “crime” “detective” novels I’ve read in a long time. Some of you already know the twist I am about to reveal. Some of you don’t.

Galbraith is known in their major author career as the woman who created seven novels around a boy. A boy with a distinctive lightning scar on his forehead, who was prophesied to kill the big, evil baddie. Yes, Galbraith is none other than J.K. Rowling.

This got me to thinking about authors using pseudonyms. Poor Rowling, her identity got leaked right from the beginning. It’s a shame to me, thinking of all the people that probably read the book and then said they hated it. It’s an amazingly written book, but there is absolutely no level of fantastical about it. In fact, if you happened to read it, and you had a copy in which they did not put ON THE BOOK that it was J.K. Rowling, you would never guess. She wanted to do it to see if she could write something not as Rowling. She wanted to experience the way it would be if she hadn’t written Harry Potter. It even got rejected by a publisher. That would not have happened had she signed it J.K. Rowling. Also, it’s a good way to separate the two series, as the genres are nothing alike and there are absolutely no similarities between the two. So, don’t go looking for any easter eggs, there are none.

Another author who actually managed to keep his real identity a secret for TEN years is Joe Hill. Joe Hill was born Joseph Hillstrom King. For ten years, he wrote under the name Joe Hill (still does today), that was how the entire publishing world and public knew him. He wrote a graphic novel series called Locke & Key (fantastic, do yourself a favor and read them), then went on to write a short story collection called 20th Century Ghosts and a full length horror novel, Heartshaped Box. Right around this time, he began to make more public appearances. 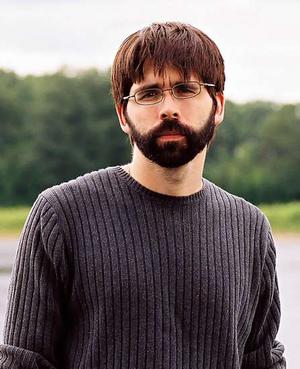 At that point, enough people began guessing that he came out of the pseudonym closet. He has said that he wanted to know he could be published and read on his own merit. Instead of because he was Stephen King’s son.

Stephen King himself wrote under a different name. Richard Bachmann. When he did this, it was because at that time publishers thought a writer should only publish one book a year. Stephen King wanted to publish more because he wrote more. Enough people began guessing that he was outed by the 4th or 5th book.

Historically, all three of the Bronte sisters wrote under male pseudonyms. Which, considering what some reviewers said of Wuthering Heights might have been good. It was called dark and brutal. If it had been known that a woman wrote that, during the 1800s, it’s possible Emily would have been committed to an asylum.

Joyce Carol Oates wrote under a pseudonym for a couple of books.

I can see how someone switching genres might want to write under a different name. They get devoted fan following. Could you imagine if Jodi Picoult wrote a horror novel? She would be massacred by her followers. Or if Branden Sandersen wrote a romance novel?

Weigh in on what you think in the comments below 🙂

And check out Joe Hill. If you saw the movie Horns (which there are some degrees of separation here between my authors, as Daniel Radcliffe played the main role), then you have seen a movie adaptation of one of Hill’s books.

And read Galbraith, especially if you like mystery novels.

That is all 🙂 Have a great weekend! For those of you at AWP, have a great time!